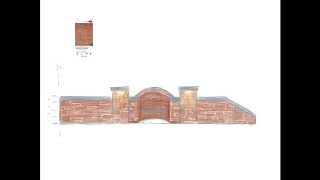 Happy birthday to me!

Remember me as loving you.

Some years are for growing, but this year is for blooming.

Changing The World, One Flower at a Time

Changing The World, One Flower at a Time

February is the month marked by love, and although I haven't had too many wedding orders, I cannot even believe how many important memorial projects have come through my door just this month.

Since I'm currently finishing up my April orders and looking back on flower pictures from last year, I am also constantly reminded that my family is approaching the 1-year mark of Doug's (my husband's uncle) death. During his wake and funeral, I was absolutely floored by the genuine kindness of people. The family is huge, and I remember sitting looking at the trays and trays of food and thanking the woman who brought it all. She replied, that's what family does.

At that dinner, I was sitting next to Aunt Suella, Doug's widow, Rob's aunt, and I mentioned to her that I could save Doug's flowers, anything she wanted, but as we said goodbye to him and left our last roses on his casket, I found out that no one saved flowers. So I did what any sane flower lady would do, approached the casket as people left (with extremely red cheeks) and carefully and quickly gathered the very roses that wished him off to heaven.

During his funeral car procession, we were at the tail end of the caravan and turning onto a main road. There's always this slight panic that you are going to get cut off from that line, and the strangers in traffic didn't seem to care, until a huge white delivery truck blocked their way so that we could all turn together. He stayed steadfast in his decision despite the nasty horns blaring behind him, and I'll always be inspired by the no-named delivery truck man.

In fact, I often tell people who bring me the flowers that it's my little way of doing the same thing. Holding back the darkness and letting the light shine in.

Just a few weeks ago, one of my former brides brought me her grandfather's flowers. He was buried during the Polar Vortex, so they wouldn't let any of the mourners go to the gravesite. She thought about stealing flowers from the chapel for me to save, but didn't want people thinking she was crazy. So the next day, she went to the grave and gathered the flowers that were laid on it so that we can save something for his wife. I can picture her running to the grave and gathering, the same way I took Doug's, quickly - carefully - thoughtfully - with a little bit of crazy and a little bit of tears in her eyes.

Another time, I got a phone call from an angel mama that I have never met. Turns out, I sent her angel baby charm to her on the exact 2-year anniversary of her sweet Richie's death. The envelope literally ended up in her lap at the exact right time. The reason for her call was that her dad had died suddenly and she wanted to know if I felt comfortable working with his ashes (and flowers) for a charm. My immediate response: "I would be honored." And I really am, to leave her dad with me is humbling. He's currently in a medicine container on my bookshelf by my wedding memorabilia, as I wait for his flowers to dry.

The other day, I saw my friend announced that she lost her dad. Her post described a complicated relationship and a wish for more time. I reached out with my apologies and a reminder that I can save the flowers. When she came and brought them all the way from Alabama, she explained his funeral had brought her peace and strength, and I could see her wheels turning about his flower piece I will be working on as I started my out-loud brainstorming of important pieces of life to preserve. We talked about faith, heaven, and life - and healing. And I think his piece will do just that.

(I told you I had a lot of funeral pieces this month, so this post might get a little long). In that same week, my husband showed me a post of a childhood friend who suddenly lost her baby boy, Dalton, at only 5 weeks old. We sat with our hands over our mouth reading in shock, and I told him, "Message her." His response: "Already did."

When the flowers from Upstate arrived via Dalton's grandma, who remembers my husband as a cub scout, she told me she wanted to stay with me because I made her feel better. To have a "job" that can help bandage shattered hearts is just so absolutely magical.

Just this week, I hunted down a NYPD friend to get me flowers for Detective Simonsen because I have a vision of a blue-line flag for his wife and mom. I am honored to help with a secret surprise - and also honored to know the policeman who delivered the flowers, the same one who took down a terrorist in NYC and is a real life superhero (and believe me, as a boy mom, I know superhero stuff).

On Wednesday, I'll be swinging by a local funeral parlor, the same where we had Doug's wake, to sneak a few flowers from a former coworker and family friend who just lost her mom to cancer.

And today, I just drove home from my best friend's grandfather's funeral. While she was on February break vacation in Florida, she texted me that she was going to need me to save flowers since her grandpa had died. The night of the wake she called to discuss delivery, and obviously, I told her that I'd be there to take them. Her grandfather's four daughters and their families that filled the front of the church; the words of the same pastor who married my friend and her husband in Disney; the widow's face of grief; the "coincidence" that the two Imaginext figures I grabbed for Gavin to play with in the church happened to be Hawkman and Falcon, two superheroes with wings; and that damned Amazing Grace song that now gets me every time brought me to tears (and all who know me know that I save my tears for shower sobs). But what I thought was really beautiful was the generations of men, mostly married into the family, who cocooned the coffin as it left the church, and I just see the vision as such a symbol of family, which probably made Grandpa pretty proud. And yes, I stole the flowers.

As I drove home, this song that I've never heard before came on the radio:

So I know when February comes along, some people scorn Valentine's Day because they are "alone" or not in love, but my theory is - clearly- there are so many people to love that might not be here forever. Go love them. Bring them flowers and chocolates. Bring the trays of food. Be the delivery truck driver. Be the flower in the gun, or better yet, be the flower thief.